The Benefits Of Improving Air Quality In Your Office Space

Air quality is likely to be affecting your productivity and staff wellness, here’s why and some thoughts on how to make it better… 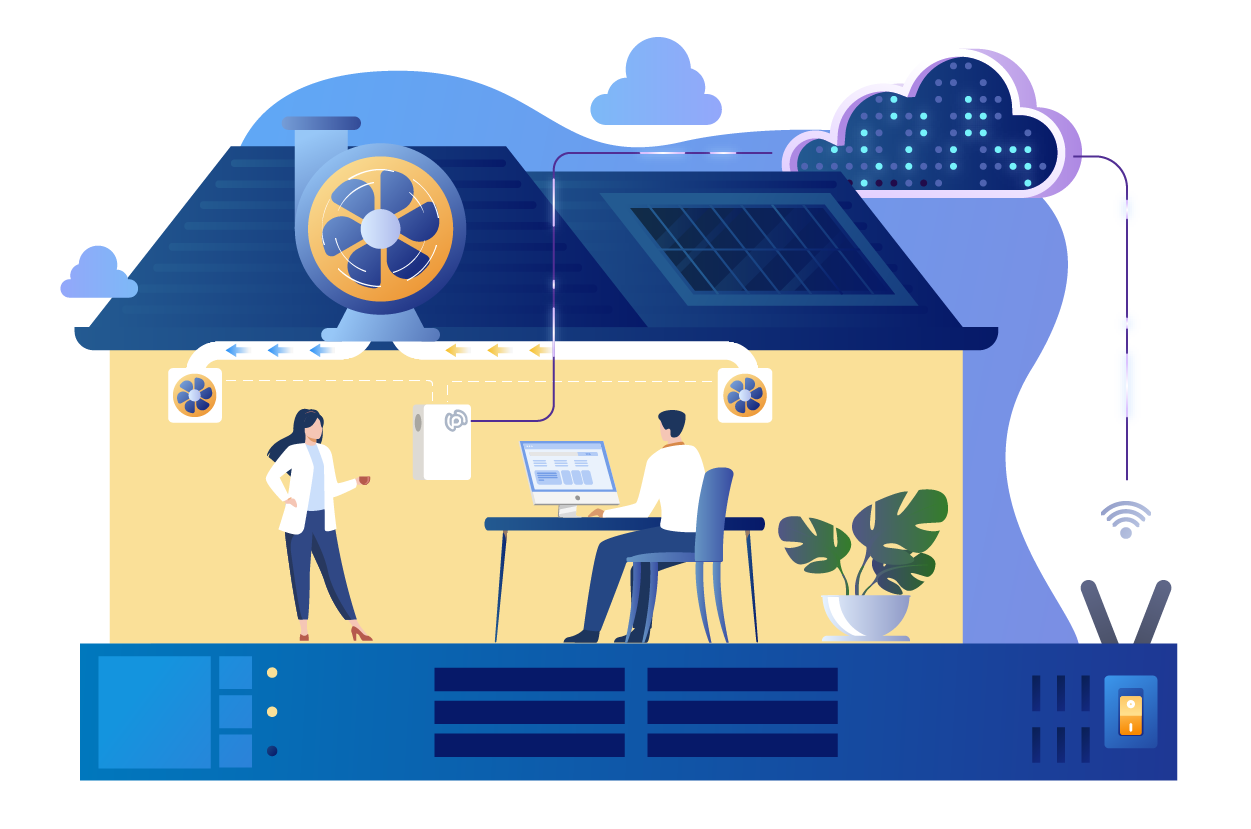 The benefits of improving air quality in your office space

Indoor air quality is often overlooked. Outside, we can see the likes of cars and buildings expelling smoke – if you’re in a really polluted area of a city, you can almost smell it. Inside, it’s a bit harder to detect. Have you ever been in the office for a few hours when, seemingly out of the blue, you develop a headache and an overwhelming urge to take a nap on your desk – even if you’ve had enough sleep? Before, we might have put that down to laziness or being overworked, but now we know it’s a side effect of having poor quality air in your office.

In a recent survey of 1600 North American workers, 50% of respondents reported that poor indoor air quality made them feel drowsy, and a third reported up to an hour per day lost in productivity as a result. In the same study, access to natural light and good air quality indoors were determined to be the most influential factors on the performance, health and well-being of a workplace. In addition, workers wanted the ability to personalise their workspace.

A study by the Institute of Labor Economics provides scientific evidence to back this up. This study was done using a chess engine to evaluate the quality of the moves of players in indoor chess tournaments and measure it against the indoor air quality of the venues. It was found that “an increase in the indoor concentration of fine particulate matter (PM2.5) by 10 μg/m3 increases a player’s probability of making an erroneous move by 26.3%”. The likelihood of a player making a bad move rose further the worse the air quality was. Increased carbon dioxide levels in a room also affected the player’s performance during stressful parts of the game.

These are massive reductions in productivity and cognitive function. So, what can we do? Especially for employers and those in charge of large-scale commercial buildings, the need to promote employee health, happiness and productivity is paramount.

One of the problems is that it’s not as simple as opening a few windows – this can expose employees to similar levels of pollution from outside, which is incredibly harmful to health. Here are a few ideas!

There are a few things that can be done – some simple, some not so simple. Some office managers are looking into indoor air purifying plants and putting them in their workspaces – as is mentioned here. As well as potentially purifying the air, this ties in to the responses to the North American survey regarding personalising the workspace. It is also well documented that proximity to green space boosts wellbeing and productivity. However, this is highly unlikely to purify the air on its own.

Here at Pulse, we provide sensors that can do just this. For instance, our air quality sensors have the capability of measuring the following pollutants indoors: PM1, PM2.5, PM10, CO2, O3, VOC, H2C2. It is also able to measure the outdoor air pollution that can creep in through open windows, like NOx and SOx. Additionally, it can measure pressure, temperature, humidity, light level and noise – which are all incredibly important in terms of employee comfort. We can also measure energy wastage, meaning that you can see how your air quality is being affected and exactly how much it costs easily, all in one place. This solution can be integrated easily and affordably into existing building management systems. To see another one of our articles on the benefits of measuring pollution, you can go here.